The tagline (I’m sure there is an Italian term for this that is more accurate…) for this village is: qui le stelle sono più vicine.  Translating to: here, the stars are closer.  Meaning that this tiny cluster of houses it at the very tip of quite a large hill; a division in the San Severino municipality in the Marche region.  It is in places like this that you wonder if the inhabitants (the really rich ones that can afford to have a house there to retire to for a month or two during the summer) even get electricity or running water.  It is separated from everything by a few kilometers of winding, steep roads, and there’s not much around other than the tall mountains in the distance.

It’s a little fairytale to visit, though.  To make the drive through the region, walk around for a few minutes, breathe in the fresh air, admire the view, and fantasize what it would be like to reside in a place where even the bumblebees beat their wings at a slower pace.  In the summer, you can see clothes hanging out to dry and bright patches of red poppies throughout the village.  There also seems to be quite the horse population in this area; the first time I visited, I saw an old man running around the hilltop, trying to lure in his escaped animal.  The second time we went there, we had to park the car for a while on the way back down the hill due to a couple of men with a group of donkeys cutting down trees and carrying it down the hill.  Then we played with the horses and went on our way.

I have yet to be there during the nighttime, but I would love to test the validity of Elcito’s slogan! 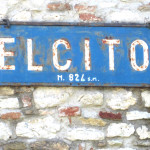 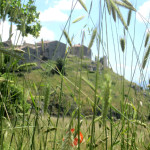 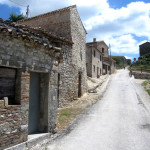 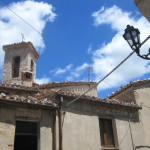 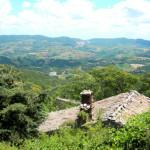 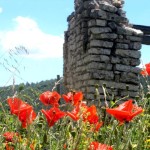 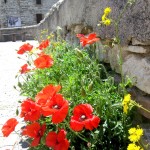 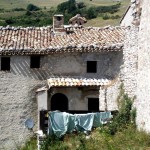 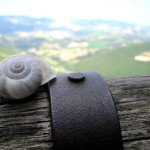 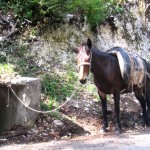