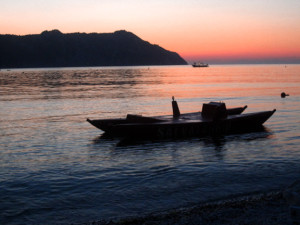 From Ancona: 12 kilometers southeast along the Adriatic coastline, Portonovo.  Nicknamed the Green Bay of the Adriatic.  Hosts several internationally-acclaimed restaurants.  Known for its azzurro waters, numerous mussels, and luxurious resorts.  Full of history and exotic birds.  The new port that became the gem of the Monte Conero park and attracts both food and nature fans.

As a place of nature, Portonovo offers an isolated excursion from the rest of the region.  Monte Conero, the forested mountaintop that breaks the characteristically smooth Marche coastline and juts boldly into the Adriatic sea, has a silhouette recognized throughout the 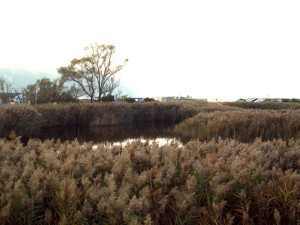 land.  And at its base, a couple hundred meter drop in elevation from the main road, is an ancient fisherman village that strives to protect its natural beauties.  In addition to the sealife (especially the mussels, or, moscioli in the local dialect) off the shores, there is a variety of birds that call this terrain their home.  There are also two lakes: il Lago Profondo and il Lago del Calcagno (also known as il Lago grande), both of which offer a variety of ecosystems due to the mixture of salty ocean water and water from multiple freshwater sources in the bay.  From herds of ducks waddling across the parking lot to information boards with detailed diagrams of flowers, there is a collection of fauna and flora to document. 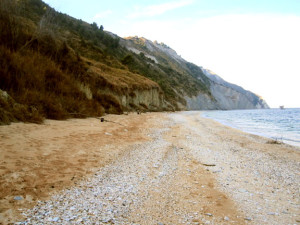 Other than the short-scale walking paths throughout the area, there is also a nice stretch of beach.  At the northern end is la spiaggia di mezzavalle, a long stretch of white pebbles reaching all the way up to Il Trave.  At the southern end is another series of beach stretches (le spiagge della vella, dei Sassi Bianchi, and dei Gabbiani), but access varies throughout the seasons due to water levels.  Regardless, both extremes of the beachline tend to be of finer pebbles, while the middle stretch consists of gigantic boulders separating buildings from sea; these are great fun to climb on.  Especially during a windy, rainy night, when the waves crash against the lowest level of rocks and cast great walls of ocean mist.  Caution advised though.

For the architecture enthusiast, there is an old tower named Torre Clementina (La Torre di Guardia).  Ordered to be built by Pope Clemente XI in an effort to combat the pirate intrusions (pirates!), this beautiful building has since been handed down through generations of a particularly wealthy family.  I used to have daydreams of buying this property, but the only way to do so would be to marry into the royal family and become the next heir- and I am quite happy with my current Italian love life, so I’ll let that be.  Although, once a year, the tower is open to the public, so that everyone has the opportunity to walk its balconies and pretend that it is their estate for a few minutes.

For the history geek, there is La Chiesa di Santa Maria, a roman gem erected in 1034 and dedicated to monastic life.  There are also the remains of an old fortress built in 1810 by Napoleaon’s Italian viceroy.  Every year, there is a procession to honour its military history.  Today, the fortress has been converted into a remarkable 4-star hotel and restaurant. 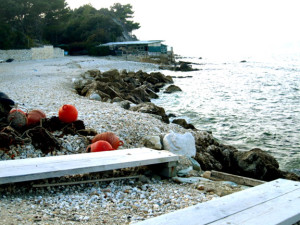 For the food lover, there are several restaurants and bars dotting the oceanfront: Da Anna, Da Emilia, Il Laghetto, Il Molo, Da Giacchetti.  All of these dining establishments specialize in seafood, especially in the different types of clams and other shelled critters in surrounding waters.

Portonovo is, theoretically, ‘uninhabited’ in the sense that there are no residential houses there.  There are, however, two camping grounds (Camping Club Adriatico and La Torre), and several upscale hotels containing either dining options or spa facilities (or both).

Whether you are looking for a scenic afternoon walk through oaks and pebbles, or a luxurious weekend away, Portonovo is sure to fill the task. 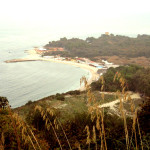 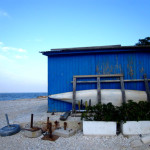 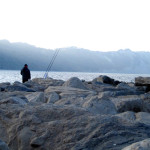 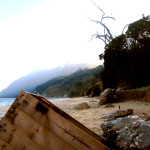 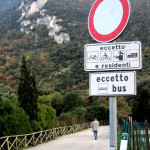 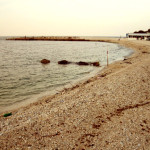 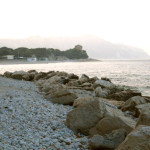 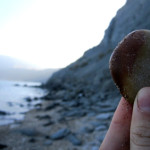 Getting there:
During the summer, Bus 94 takes you straight from the city center of Ancona to Portonovo.  During the winter… call us, and we’ll show you around ; ) 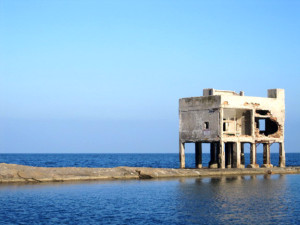 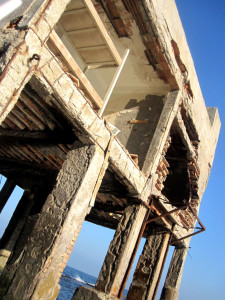 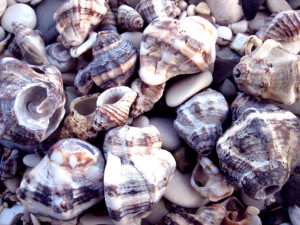 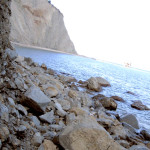 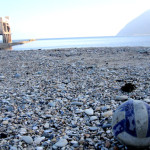 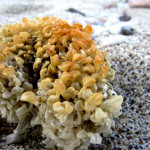 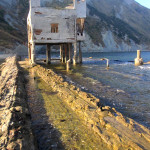 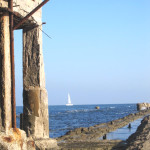 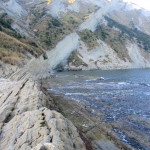 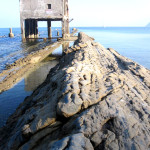